For some in the West, climate change is still a topic to be hotly debated. However, in many areas of the world rapid shifts in weather patterns have already arrived. Unfortunately, these larger global trends are at risk of further deterioration by the broad growth of palm oil plantations across Malaysia and Indonesia. While palm oil has been part of many cultures for hundreds of centuries, it was not until the last two decades that there has been a dramatic growth in demand by multinational enterprises.

This can largely be traced to the versatility of palm oil, which allows it to be used in a variety of packaged products. As a result, many multinational companies have begun to incorporate palm oil in place of animal fats for its low cost and ease of use. Farmers instead have responded to this growing demand by burning natural forests and planting thousands of oil palms to cash in on the boom. Such a process is highly destructive to the surrounding ecosystem, causing widespread air pollution and decimating the habitat of many rare plants and animals.

Orangutans are especially endangered, with the Malaysian Borneo population falling dramatically. Sumatran tigers have also struggled to survive in the rapidly changing ecosystem. The widespread deforestation spurred by the growth of palm oil plantations threatens to serve as a major new source of CO2 emissions in the coming years, complicating efforts to stem global climate change. Moreover, palm oil plantations are often promoted to impoverished communities as a means of lucrative employment.

Instead, labor abuse is common, with much of the profit being directed outside of local communities. Therefore, a new approach is needed that emphasizes the latest developments in sustainable palm farming as well as forging a path for a greener alternative. Even with the latest developments, palm oil will remain a part of many products for the coming decades. Companies must become more transparent about their sourcing of palm oil and its often-negative impact on local communities.

As palm oil plantations have proliferated in Southeast Asia, the extent to which these operations decimate fragile environments has become apparent. Conventional methods of palm oil farming require that forests be bulldozed and more often burned to clear a space for new saplings. In the process, the delicate habitats of flora and fauna are destroyed. The smoke emitted by the burning of these forests provides a substantial source of CO2 emissions and stokes harmful pollution in to local communities.

Moreover, many of the forests in Southeast Asia are located on top of giant peat bogs. Once exposed to the surface during the process of burning, these bogs emit large amounts of methane gas which is destructive to the ozone layer. Despite the environmental destruction resulting from conventional palm oil farming, the expansion of trade offered has been viewed as a welcome source of jobs and prosperity for impoverished communities. Unfortunately, much of the development often results in the opposite effect. Funds are funneled outside of the local community instead of being directed where they are needed the most. The practice often strengthens criminal elements that employ violent methods to further marginalize disadvantaged groups. In Borneo, the Penan people have struggled to fight against poachers and palm oil magnates that have zeroed in on their native lands.

In addition, there have been widespread reports of abuses of workers laboring in unsafe conditions while being underpaid. Recently, Amnesty International released a report accusing  Unilever and Nestle of sourcing their palm oil from a supplier associated with child labor. Even with such circumstances, localities have bristled at the outside interference of groups interested in stalling the practice. As a response to such criticism, the Round Table on Sustainable Palm Oil and other activists have outlined strategies for sustainable palm oil farming that attempt to preserve biodiversity while providing a lucrative outlet for local communities. Despite their development, the deployment of sustainable palm oil practices is still in its infancy.

Until a few years ago, publicity surrounding palm oil farming was limited. Ironically it was not until the rapid growth of Nutella outside of Europe that many people began to take notice of the presence of palm oil in certain products. Palm oil is not only found in food products, but is also often incorporated into toothpaste, shampoo, and soap to provide a foamier texture. Because of its qualities, global companies have been on the forefront of incorporating palm oil into their products. According to a study by the Independent, 43 of the U.K.’s top 100 grocery brands contain some amount of palm oil. As publicity surrounding the link between palm oil and deforestation has become more widespread, companies have begun to take notice of criticism by consumers. Ferrero SpA, which makes the popular chocolate spread Nutella, has come under fire for the use of palm oil in its product.

Despite increased public concerns regarding the unsustainability of conventional palm oil farming, the practice of removing the ingredient has been slow. This results largely from the difficulty in finding a suitable, economical replacement. Palm oil is used in so many products for its high heat tolerance as well as its viscosity that makes it appealing in cosmetics. However, there have been some encouraging developments among researchers in search of a palm oil replacement. Scientists in England recently discovered a yeast that had similar molecular qualities to palm oil.

Nevertheless, palm oil is likely to remain used by manufacturers because of its versatility and especially low cost. As a result, even the most vocal environmentalist groups such as Green Peace do not activate a wholesale elimination of palm oil. Despite this fact, more must and can be done regarding moving towards a more sustainable system of palm oil production. In fact, the World Wildlife Fund (WWF) estimates that global demand for palm oil will double by 2050. The lucrative nature of the palm oil industry is already persuading entrepreneurs to purchase large swaths of land in Africa. Without adequate controls and safeguards, the growth of the palm oil industry from Southeast Asia to other regions in the world threatens to add substantial harm to efforts to stem the effects of global climate change.

In closing, while there has been movement to expand the use of more sustainable methods in palm farming, the process has been slow. Deforestation of sensitive forest lands continues at a rapid clip, resulting in irreplaceable loss of plant and animal habitat. Forestalling a significant development, palm oil will likely remain a significant part of the economy for Malaysia and Indonesia.

Multinational businesses must become more proactive in their sourcing of palm oil used in their products. Already the public backlash against some products have encouraged this shift. In the coming years, a combination of more sustainable growing practices and greater incorporation of palm oil substitutions in certain products must be fully embraced. Such a strategy would not only strengthen the local communities that depend on the product, but also mitigate many of the worst environmental effects resulting from the practice. 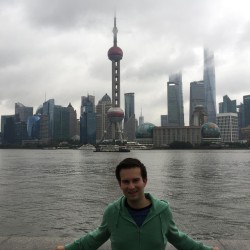 Courtland Matthews
Courtland is a third semester student at Yonsei University Graduate School of International Studies (GSIS) within the international cooperation program (PIC). Before arriving in Korea, he worked as a paralegal at the global immigration law firm Berry, Appleman & Leiden LLP. Courtland has interned with a number of organizations and groups in the past including the Woodrow Wilson International Center for Scholars, the White House, the Project on Middle East Democracy, the Center for International Understanding, and the North Carolina General Assembly. Over the years he has travelled widely in Western Europe and East Asia. Courtland graduated Magna Cum Laude from North Carolina State University, with a BA in International Studies. His research interests include sustainable development policy and urban planning issues specifically in regards to East Asia.

Follow us
Share
Share
Share
Share
Share
About Courtland Matthews 11 Articles
Courtland is a third semester student at Yonsei University Graduate School of International Studies (GSIS) within the international cooperation program (PIC). Before arriving in Korea, he worked as a paralegal at the global immigration law firm Berry, Appleman & Leiden LLP. Courtland has interned with a number of organizations and groups in the past including the Woodrow Wilson International Center for Scholars, the White House, the Project on Middle East Democracy, the Center for International Understanding, and the North Carolina General Assembly. Over the years he has travelled widely in Western Europe and East Asia. Courtland graduated Magna Cum Laude from North Carolina State University, with a BA in International Studies. His research interests include sustainable development policy and urban planning issues specifically in regards to East Asia.