Hanoi is no place for people who enjoy walking. It is unclear if the cityscape nudged the locals to avoid walking as much as possible, or whether they are just too comfortable on their motorcycles. Whatever the reason, it is difficult to spot locals walking. Nervous foreigners anxiously stare at the often malfunctioning traffic lights as their guardian angel. If they have any luck, they will cross within five minutes. Except for the most touristy streets of Hoan Kiem district, pedestrians occupy the bottom of the food chain while motorcycles and cars fight for traffic domination, and for a long time, the motorcycles have been much more successful. Unsurprisingly, when the Hanoi People’s Council sought to disrupt this de facto rule of the street, it faced outcries of protests and pessimistic comments domestically and internationally.

In June 2017, to many people’s surprise, Hanoi People’s Council announced plans to do away with motorcycles in central Hanoi by 2030. Since the early 2000s, motorcycles have become the main mode of transportation for Hanoians, and statistics show that every adult owns at least one bike. The history of motorcycles in Hanoi is surprisingly short; ownership only became possible after Vietnamese dealers were able to import cheap parts from China and assemble them in Vietnam. Before motorcycles, bicycles dominated the streets; the spread of motorcycles was a logical progression given the narrow and deep alleyways that continue into residential areas.

The sad story is that motorcycles are unsustainable, condemned as a source of air pollution, emitting toxic carbon monoxide and smog-forming hydrocarbons. Their operators are also notorious for overrunning sidewalks during congested hours, endangering few people who attempt to walk. With five urban railways planned to be completed by 2021, the Council believes that the demand for motorcycles will decrease while also fulfilling some of UN Sustainable Development Goals. In tandem with the upcoming plans to ban motorcycles, the city government also announced plans to increase parking fees for motorcycles and cars as a means to discourage driving. The government’s reasoning is that with readily available public transportation in 2021, Hanoians will naturally be motivated to choose walking and public transportation, just like their neighbors in Singapore, Tokyo, and Seoul.

Unfortunately, the government’s efforts are unlikely to succeed. One could argue that the residents of Vietnam’s capital would be unwilling to trade the convenience of taking their bikes for the discomfort of having to walk, board, get off, and walk again to reach their destination. However, considering the popular Hoan Kiem “walking streets” where Hanoi Police banned cars and motorcycles, the convenience-inconvenience tradeoff argument falls apart. Then what will keep the city from being walkable when there are public transportation and sufficient public desire?

In 1999, Paul Hess and his colleagues found that contrary to popular belief, population density, income, and land use distribution and intensity fail to fully explain pedestrian volumes. Instead, they pointed out pedestrian volume changes only when the above mentioned factors are joined by urban or suburban site categories; in cities, urban sites are necessary to attract significant pedestrian volume. Going back to the Hoan Kiem walking street policy, it is obvious that people don’t pour out into the streets of Hoan Kiem Lake simply because they enjoy walking. The people enjoy the unique nightlife and activities the lakeside sans cars offers.

Jeff Speck mentions a similar point in his book, Walkable City. It lays out ten ingredients for a more walkable city: reducing of cars, mixing the usage, strengthening parking requirements, getting public transit right, protecting pedestrians, introducing bicycles, planting trees, designing pedestrian friendly buildings, and prioritizing. Mixing the usage of buildings and districts (buildings or districts serving many functions, including residential, commercial, and institutional), and designing pedestrian friendly buildings are especially relevant to this topic. Basically, Speck points out that people only walk when there is a reason to. Both factors imply that people are motivated to walk when the activity brings them some sort of benefit, such as running errands, shopping, or recreation. The impact of building design is more intuitive. Those lucky enough to have roamed the beautiful old towns of European cities will know that wandering is fine as long as one runs into quaint shops and buildings.

Bringing the focus back to Hanoi, the urban landscape is evolving in the bustling and rapidly changing city. Hanoi has a mixture of narrow but colorful row houses adorned with French balconies courtesy of its colonial past, and Vietnamese temples sitting next to regular houses. In the past, a street represented a clan from each rural town when King Ly Thai Tho chose Hanoi as the state capital in the 11th century. Along the 17 kilometer-long Lake Tay Ho(West Lake) lie row houses and high end hotels. The landscape drastically changes when one reaches Ba Dinh district and My Dinh area, clustered with tall buildings and condominiums that were constructed in the blink of an eye.

The current construction boom in condominiums and serviced apartments is welcomed by Vietnam’s largest firms such as Vincom and Cotecon, which seek chances to expand their influence in the market. Foreign construction companies from China, Japan, and Korea want in on the action, too, and Hanoi’s urban residents continue flocking into the condominiums, an important status symbol. Despite the construction’s benefits of foreign capital and raised living standards, it has created closed societies by erasing shophouses and alleyways, the essential features that attract vibrant street life. While it is true that central commercial districts will not be overrun by mass construction projects, residential areas will be highly affected by the changes, which will eventually replace the old cityscape. Such changes already can be spotted in Trung Hoa and My Dinh apartment complex.

The excitement shown by private investors from countries such as South Korea and Japan is not helping either. According to Vietnamese law, foreigners cannot own property in Vietnam. Nevertheless, valid visa holders can sign 50-year leases, terms long enough to blur the lines between purchase and rental. With the Korean housing market more regulated than ever, stories of opportunity seeking Koreans embarking on “real-estate excursions” to Vietnam are no surprises anymore. These demands drive up both the price and profit, giving such investors more market signals to carry out additional projects. As much as apartments are convenient and cleaner than traditional housing, one must ask if they really contribute to the unique landscape of Hanoi when many other Asian cities seem to have been buried by them.

If the government cannot timely address the housing issue and put limits on unnecessarily and unlawfully easy access to the housing market, Vietnam will be overwhelmed by an unappealing landscape and housing bubble, whose prices the people of Hanoi will eventually pay. Policymakers of Hanoi got the first part right by making motorcycles a more expensive choice with the parking fee raise. Only time will tell if they have paid attention to the less conspicuous variables, or if they can achieve a walkable city by protecting the urban landscape of Hanoi. From the 1986 decision to pursue market-based socialism, Vietnam has learned that markets cannot be controlled; the same holds for motivating people to choose sidewalks over pedals. Tapping into people’s underlying desire to reach out for appealing urban scenery is as important as forcing people to leave their motorcycles at home through discouraging market signals. 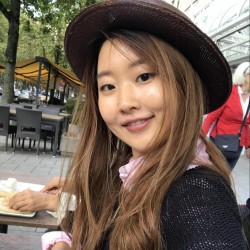